In 2016 oscar rae was chosen to be part of the Equality and Human Rights Commission’s graphic design framework. During that time we worked on many projects including the ‘Convention on the Rights of People with Disabilities’ guidance in English and Welsh, social media GIFs for that year’s ‘Queen’s Speech Response’, and the ‘Guide to Evaluation of Anti-prejudice Work’ and ‘Summary Report on Tackling Prejudice and Discrimination’.

For all these projects, the design was led by the Commission’s branding guidelines, with the specific aim of producing clear, concise and accessible documents. Where parameters allowed, we were able to add variation to the design. The ‘Queen’s Speech Response’ in particular lent itself to a more open interpretation of the brief.

Ultimately working with EHRC was about brand guidance, accessibility and inclusivity within the design and imagery. 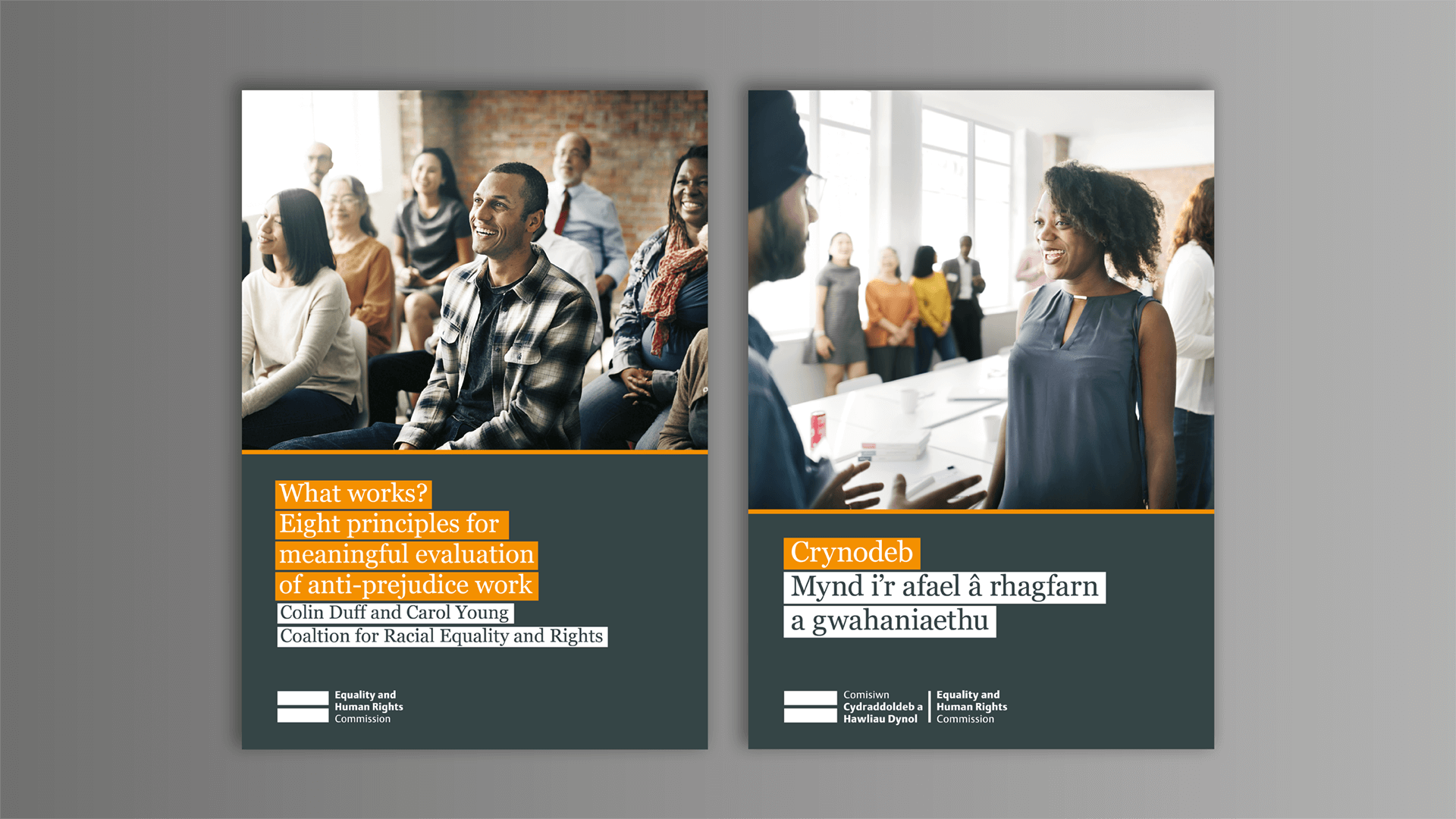 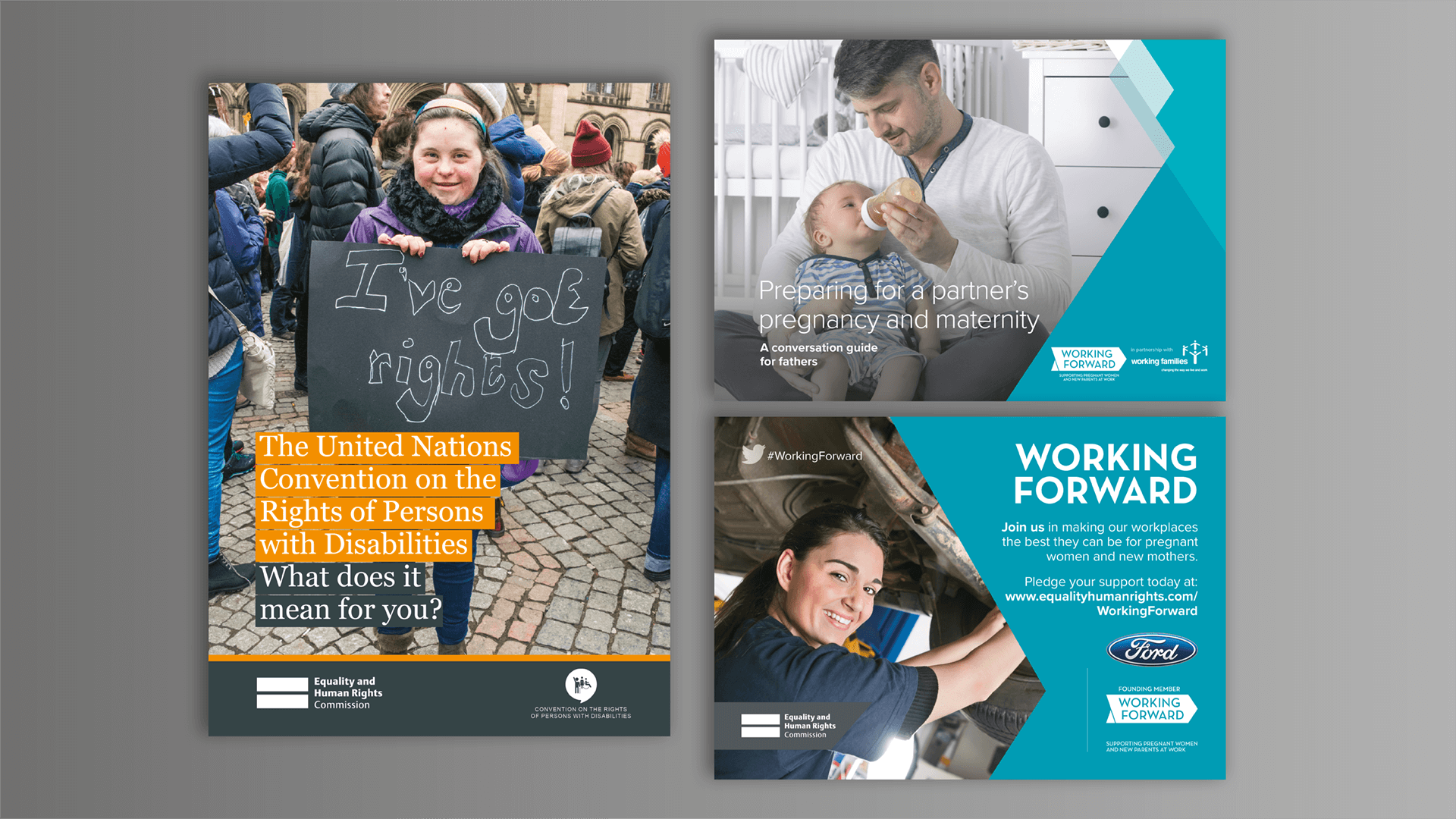 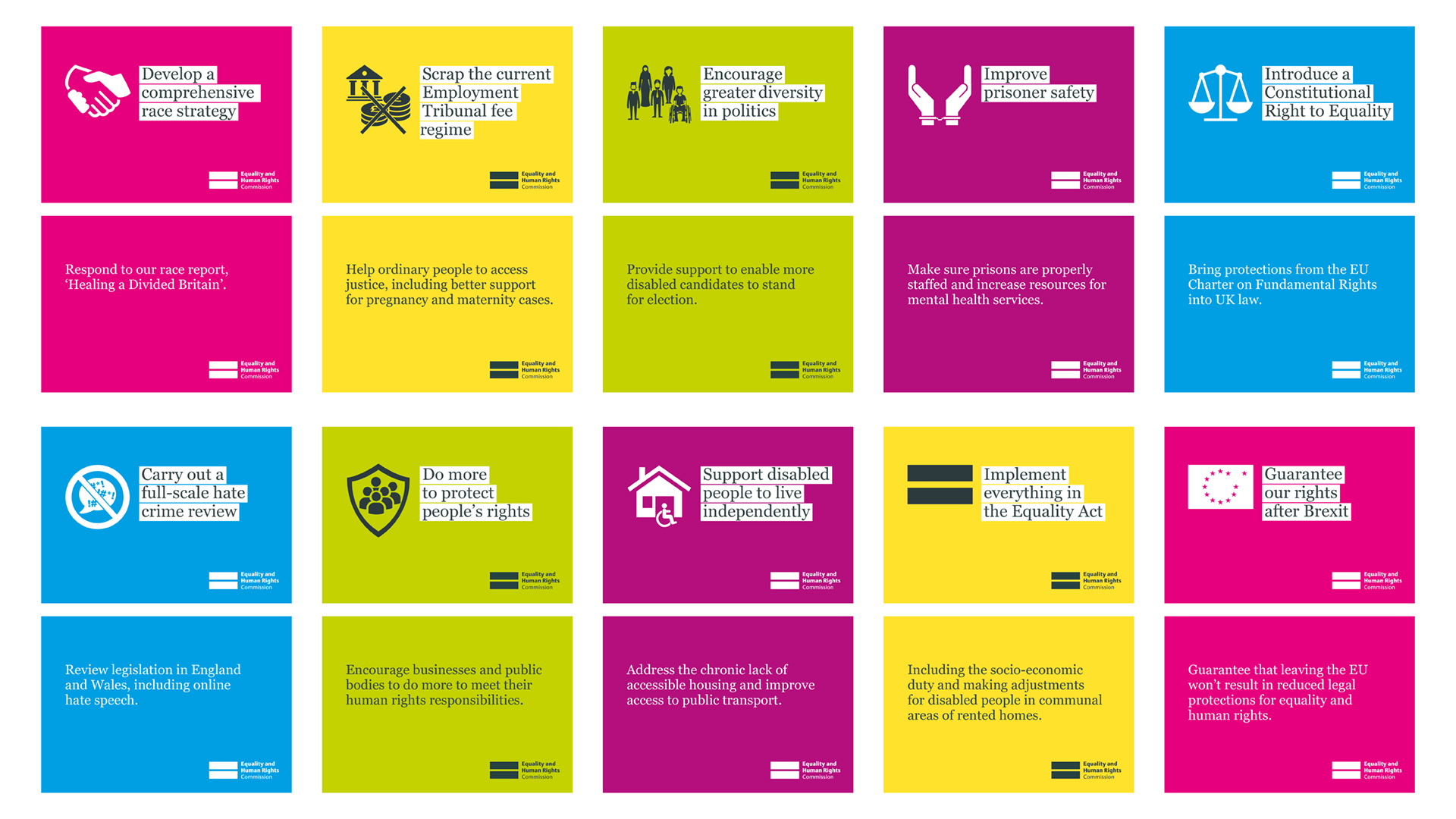 While we were part of the framework, EHRC celebrated their tenth anniversary and called upon us to adapt their existing logo to include reference to the occasion.

We presented several ideas, including the final version which incorporated the number ’10’ and the years established within the existing equals sign. It was felt that as this logo did not stray too far from the original, it could easily be used within the organisation’s brand without any further amendments to the guidelines. We were also asked to provide new imagery and profile pictures to roll out across the Commission’s social media channels. 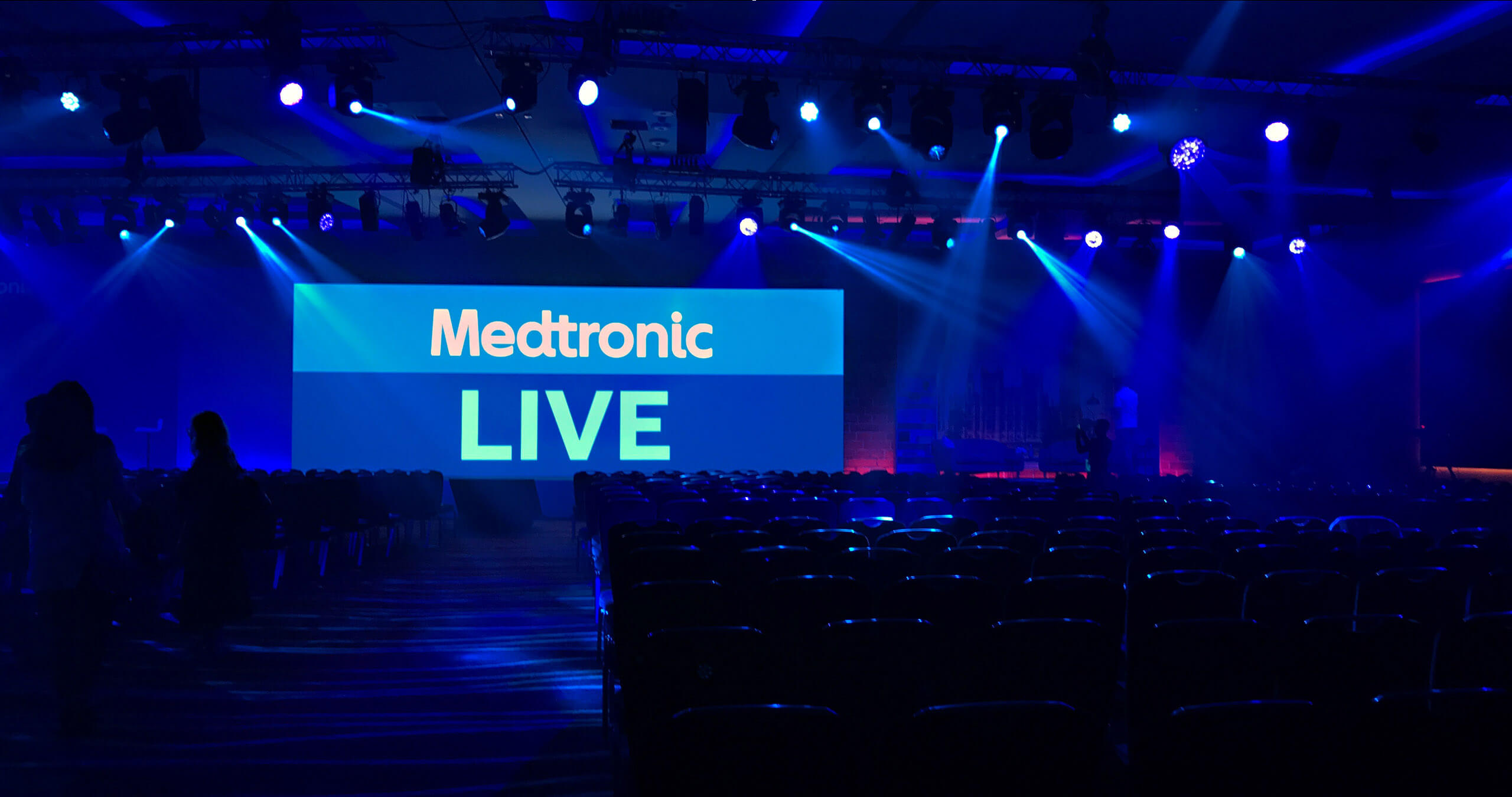 Collaborative design with Dysfunction Media for a large corporate event. 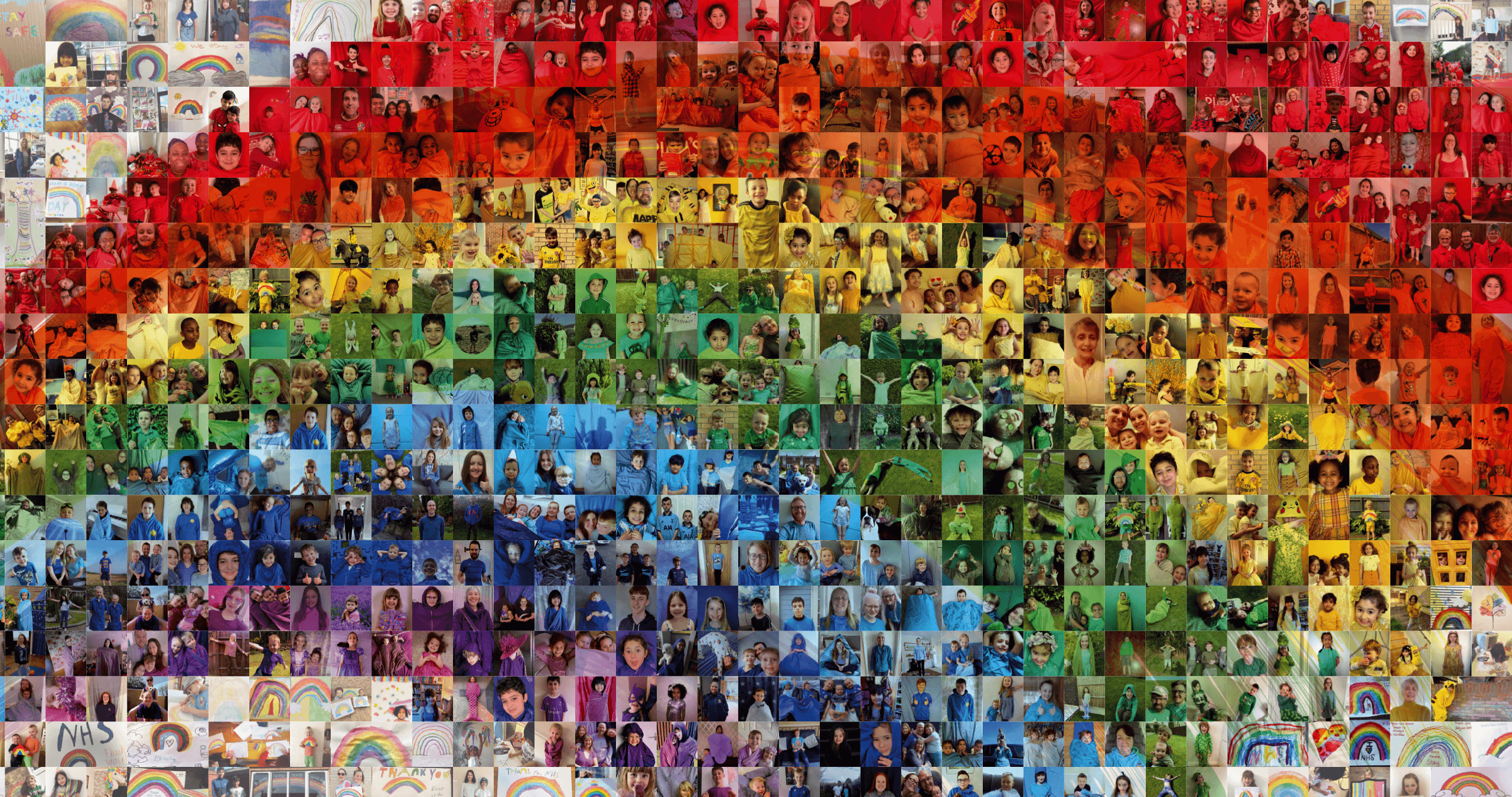 One mosaic, thirty-nine schools plus their community groups and friends, over 1,400 images later. How Woolenwick celebrated our NHS in lockdown.