In 2018 Christina Anderson, Inclusion Leader at Woolenwick Infant and Nursery School, needed to turn a wall display of children’s work into a movable exhibition for displaying in the town centre and at teaching conferences. Unsure how to achieve this, she reached out for our help. The school had originally envisaged creating large panels that would be adhered to walls or display boards but during our initial discussions we highlighted the impracticalities of this idea – the risk of damage, storage problems and the difficulties of transportation, coupled with the fact that they would not know what space a venue would have available for their display. Further consultations with our print supplier, Phillips Digital, led us to suggest adapting the wall display to fit on a series of pull-up banners which would be self-contained, self-packaged and therefore easily portable. While the school was initially worried that this would be expensive, the panels were far more cost-effective. Indeed this approach proved to be such a success that we’ve continued to use this format for all of their exhibitions.

‘Once there were sheep…‘ was an investigation into the history of the school site, and revealed that Woolenwick was once a wool farm, named in Saxon times. Following the principles of Reggio Emilia, this path of discovery culminated in the children learning how to make felt, transforming raw wool to a coloured textile, before using it to create artwork for that year’s summer exhibition. The story of their discoveries and experiences were recorded and displayed, and it was this content that we were asked to adapt for the exhibition panels.

Our creative aim when designing the exhibition was to convey the children’s fun and enjoyment of the project, and whilst being a record of information and activities, we also wanted the design to reflect the non-linear way in which they arrived at their answers. Again drawing from the guidance of Reggio Emilia literature and curriculum vehicles, we also created a colour palette for the school, which is now used across all the work that we do for them. 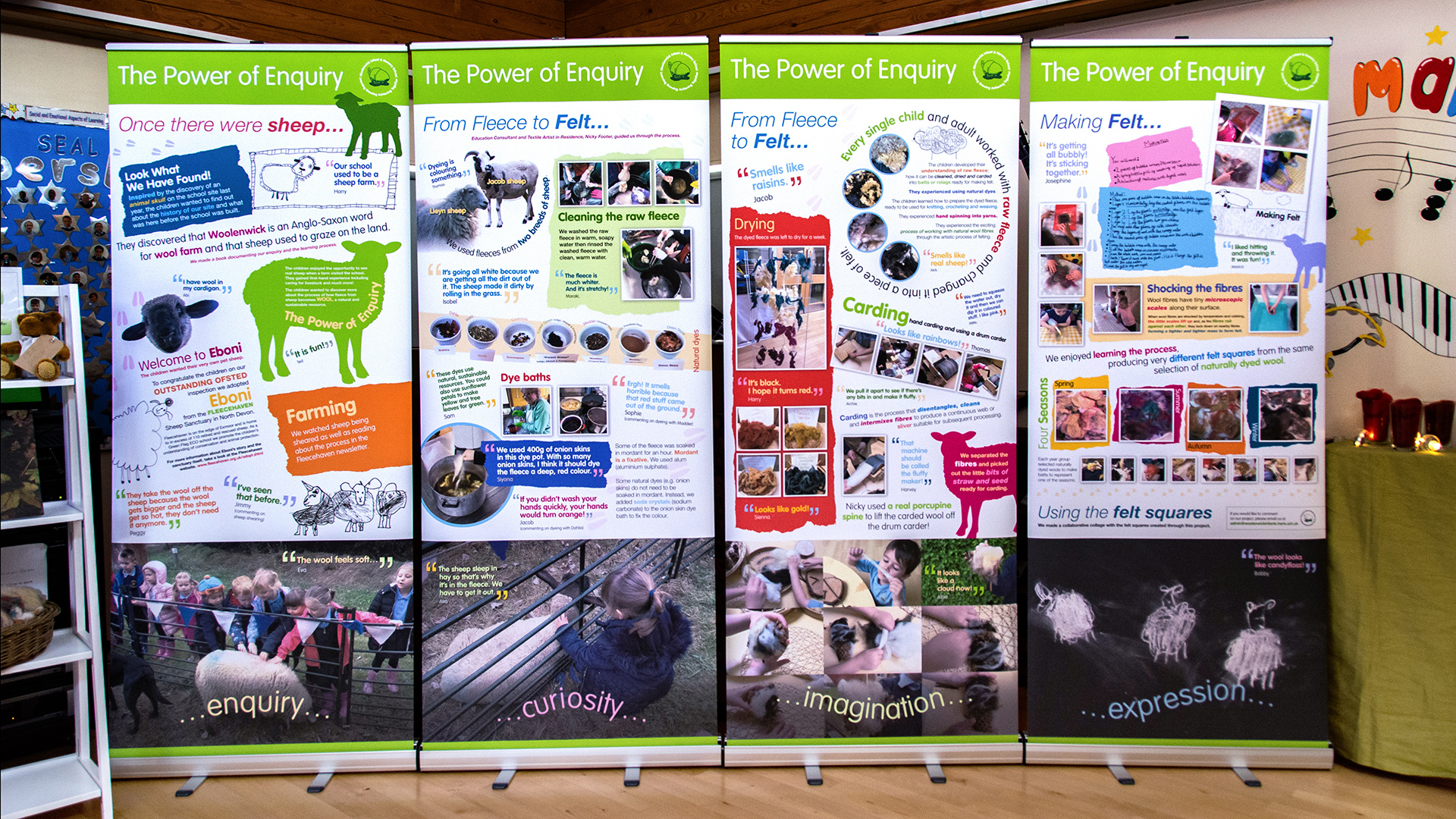 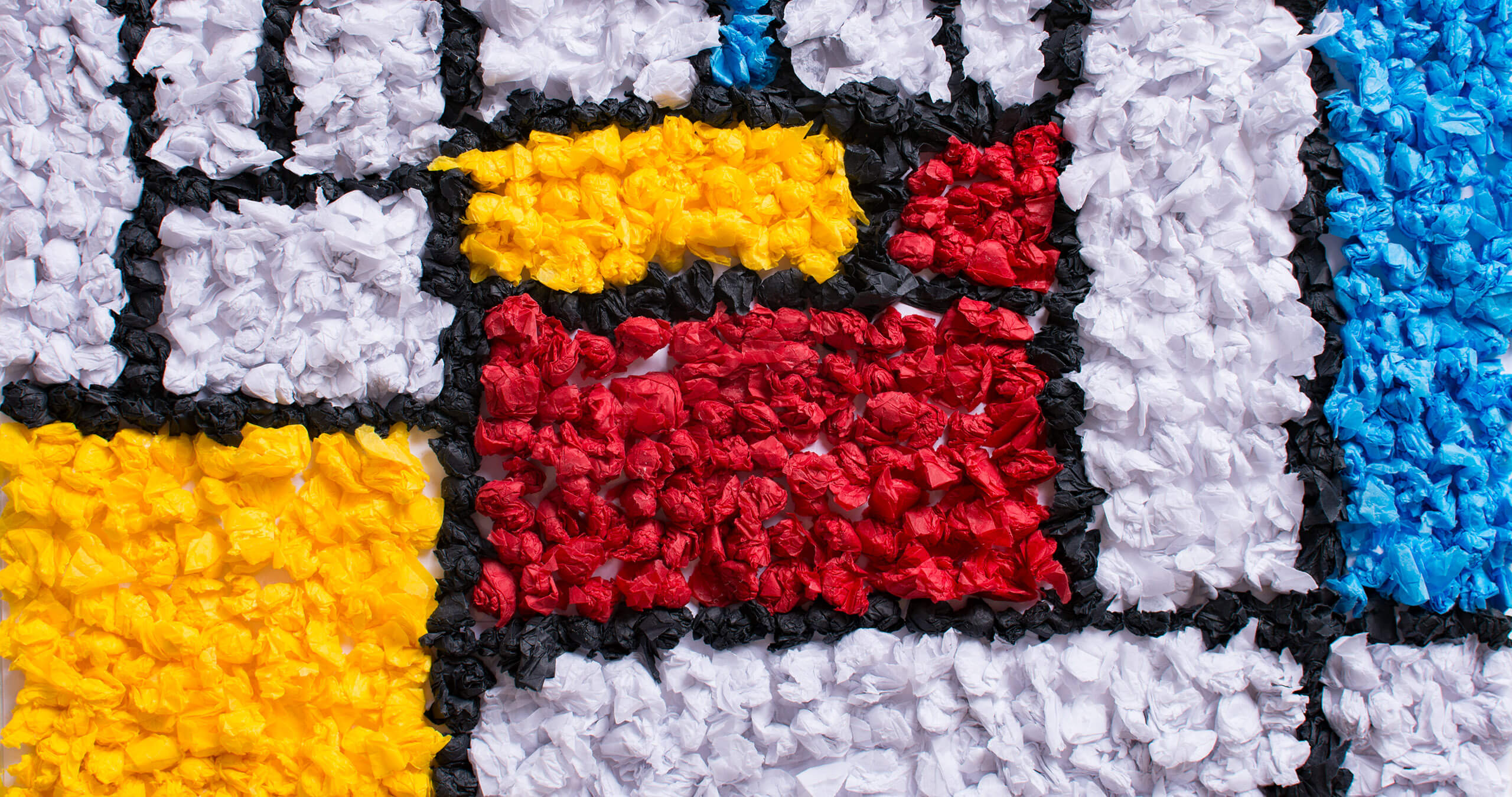 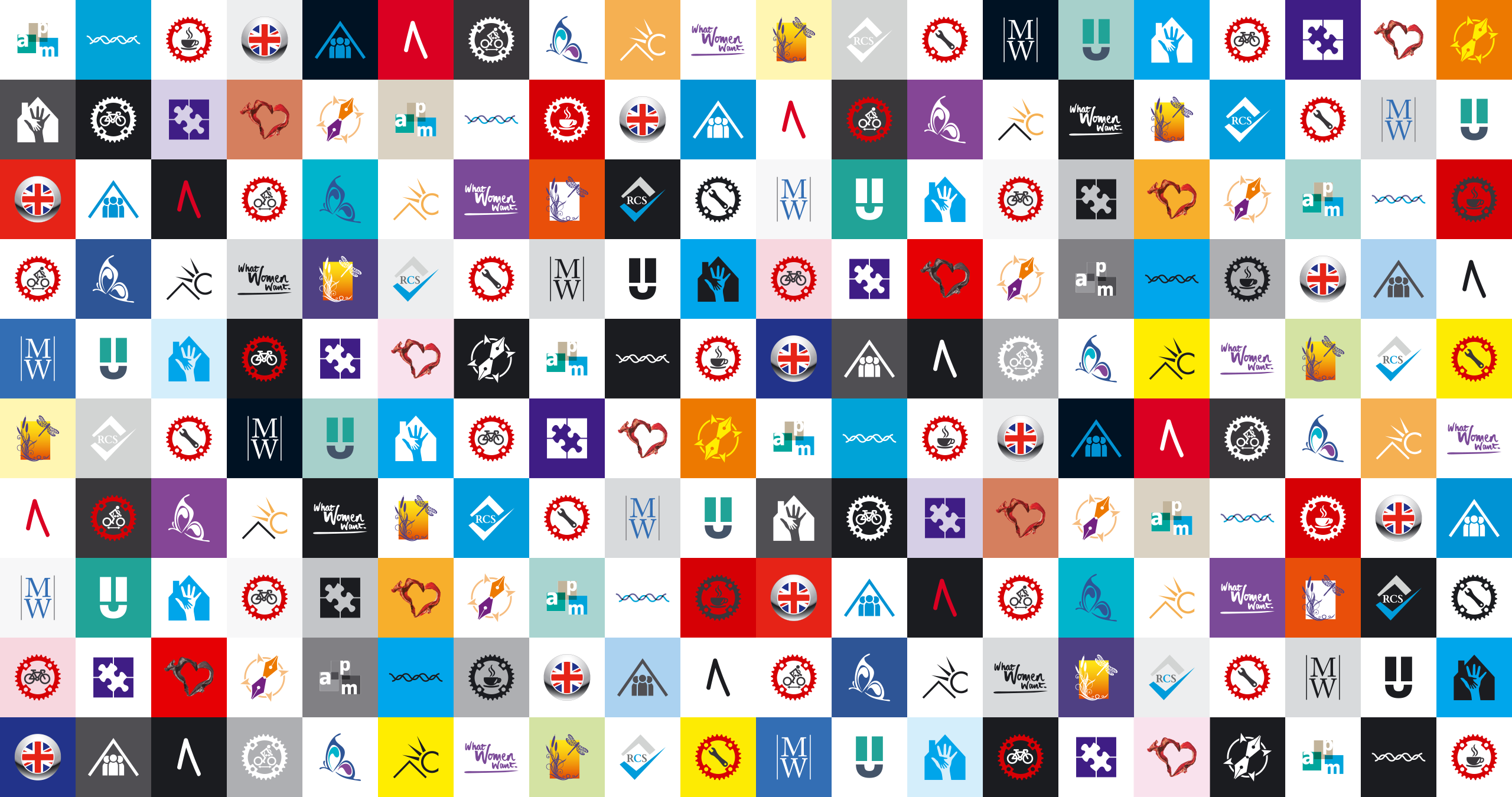 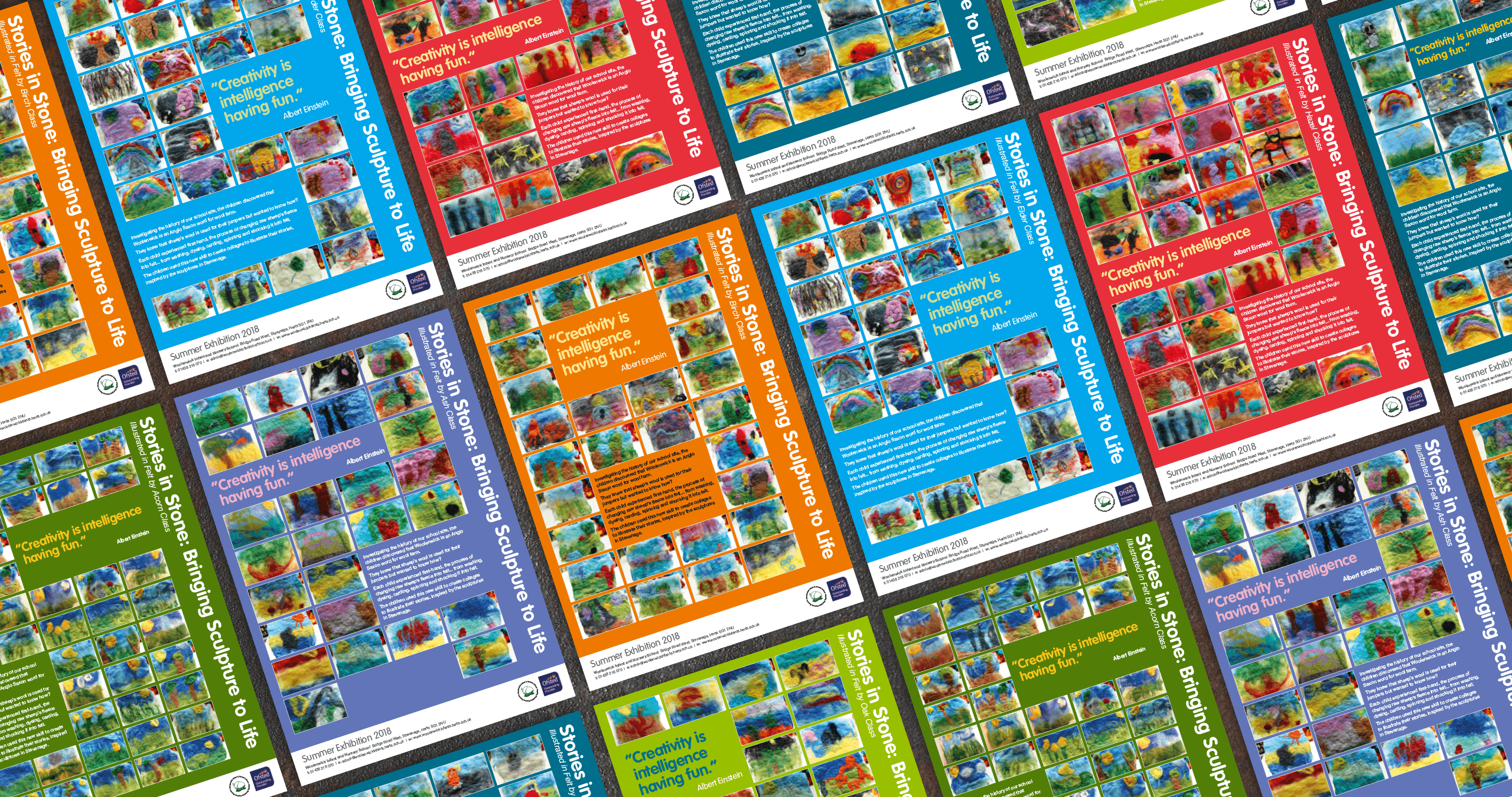 On view – promotion and merchandise for 'Once there were sheep…' at Woolenwick's summer exhibition.